Michael Tedja will be the new writer in residence at NIAS

From September 2022 to February 2023, Michael Tedja will be writer in residence at the Netherlands Institute for Advanced Study (NIAS) in Amsterdam. At the invitation of the Dutch Foundation for Literature and the NIAS, Tedja will work here on his new novel, in which he investigates the history of his artistically creative family. 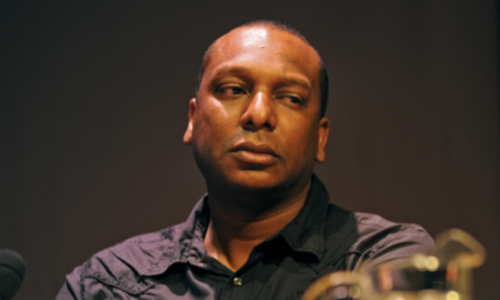 **Michael Tedja **(b. 1971) is a writer, poet, painter and curator. At the NIAS he will work on Dat is dat ding (That is that thing), which is planned for publication by Uitgeverij IJzer in 2024. In the book, Tedja draws upon his own life as a writer and artist, and on his family history, as he investigates the function of art, writing, memory, fantasy and truth. That the famous poet Shrinivási was his great uncle is beyond doubt, but Tedja wants to discover whether poet Edgar Cairo was a relative of his too. Both are in any case a model for Tedja, with their rebellious and uncompromising authorship. His research also focuses on the work of writers who are not blood relations but through their art could nonetheless belong to his family.

Tedja studied at the Gerrit Rietveld Academy and the Sandberg Institute and has written several novels and collections of poetry, including A.U.T.O.B.I.O.G.R.A.F.I.E. (2003), Hosselen (2009), Tot hier en verder (2013) and Briljante man (2018). Sternberg Press has published two books by Tedja in English translation: Aquaholism (2014) and The Holarium (2017). His work has been described as experimental, kaleidoscopic and boundary-crossing. 2021 saw the publication of his Meta is haar naam, a novel about loss, grief and the problems of the first generation of Surinamese-Dutch people, written from the perspective of a fictional sister. In May 2022 a sizeable poetry collection appeared, entitled Het uitgelezen deel. Tedja also regularly publishes in De Gids, Absint, Samplekanon, nY, Revisor, De Volkskrant, Metropolis M and Caraïbisch Uitzicht. 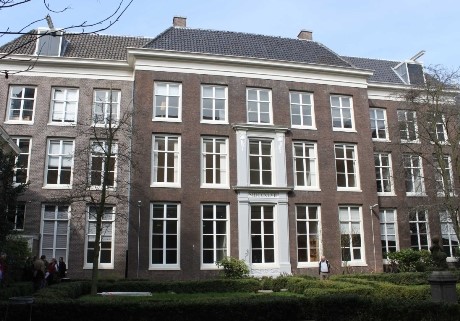 In 2020 Tedja was awarded the Jana Beranová Prize, an oeuvre prize for independent authors who refuse to be led by conventional, fashionable or moral criteria in art. Last year his literary work was again recognized, this time with the award of the Sybren Polet Prize, one of the biggest prizes in the Dutch language area.

The author’s publisher put his name forward for the position of writer in residence, and he was selected by both the Dutch Foundation for Literature and the NIAS based on that recommendation and on his proposal for writing and research.

The programme is part of a longstanding collaboration between the Dutch Foundation for Literature and NIAS, which offers an intellectual haven to scholars, artists, journalists and writers alike. Each year it proves to provide a fruitful and inspiring environment for interdisciplinary collaborations. Previous writers in residence include among others Dato Turashvili, Hagar Peeters, Ghayath Almadhoun, Lieve Joris, David Mitchell and David van Reybrouck and Tommy Wieringa.