The P.C. Hooftprijs 2022 is awarded to writer Arnon Grunberg. The jury, chaired by Agnes Andeweg, states that Grunberg has made an ‘immense contribution to Dutch literature’. Grunberg will receive the oeuvre prize, with an amount of € 60,000, in mid-May 2022 in the Literature Museum in The Hague.

Besides chairman Agnes Andeweg, the jury consisted of Rashid Novaire, Esther Op de Beek, Coen Peppelenbos and Nina Polak. They describe Grunberg in the jury report as a writer who is unparalleled in ambition, productivity and intellectual strength:

‘He remains unabatedly curious and socially involved. He is obsessive in his search for the loving in the human being and ruthless when it comes to the dark sides of existence. In his universe of novels he has developed his own style, language and grammar in which he manages to unite horror and tenderness, satire and sincerity. In doing so, he has made an immense contribution to Dutch literature.’ 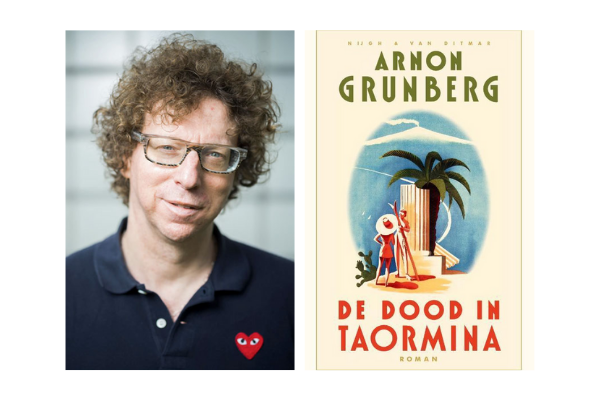 Arnon Grunberg (b. 1971) debuted at the age of 23 with the wry, humorous novel novel Blauwe maandagen (Blue Mondays, 1994), which brought him instant success. Some of his other titles are Figuranten (Silent Extras, 1997), De asielzoeker (The Asylum Seeker, 2003), De joodse messias (The Jewish Messiah, 2004), Moedervlekken (Birthmarks, 2016) and Goede mannen (Good Men, 2018). Under the pseudonym Marek van der Jagt he published the successful De geschiedenis van mijn kaalheid (The Story of my Baldness, 2000) and Gstaad 95-98 (2002), as well as the essay Monogaam (Monogamous, 2004). Grunberg also writes plays, essays and travel columns. His work has won him several literary awards, among which the AKO Literature Prize for Fantoompijn (Phantom Pain, 2000) and De asielzoeker (The Asylum Seeker, 2003), and both the Libris Literature Prize and the Flemish Golden Owl Award for Tirza (2006). His work has been translated into over 25 languages, from Afrikaans through, among others, German, English, French, Japanese, Hebrew, Spanish, Portuguese and Russian to Swedish; often with the support of the Dutch Foundation for Literature. Arnon Grunberg lives and works in New York. 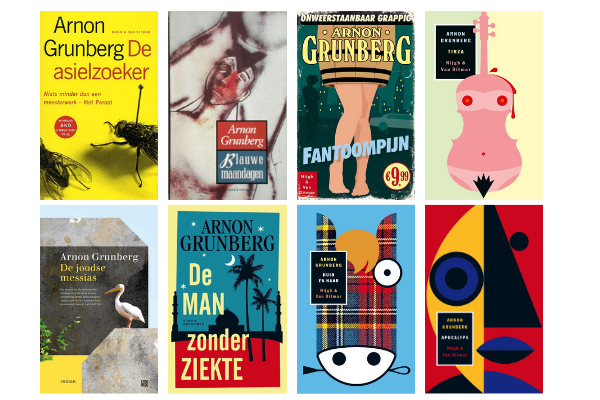 The P.C. Hooft Prijs for Literature is the most important Dutch literature prize for an oeuvre. This prize is awarded annually, alternately for narrative prose, contemplative prose and poetry. This year the prize was awarded to poet Alfred Schaffer. Recent winners in the narrative prose category are Marga Minco (2019), A.F.Th. van der Heijden (2013) and Charlotte Mutsaers (2010).