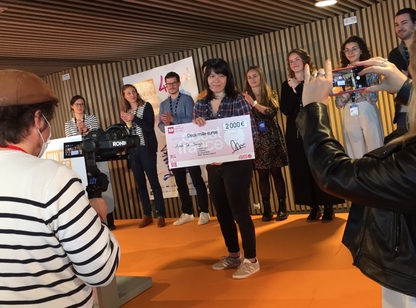 The Le Prix Ouest France comic prize exists since 2009. The jury, which consists out of readers under 35, awards the prize tot the best comic book published in the past year. The prize is created by the French newspaper Ouest France, and is organized by the Quai des Bulles comics festival, which also hosts the award ceremony. The prize money is € 2.000.

In the graphic novel Days of sand Aimée de Jongh pictures the Dust Bowl, a natural disaster that afflicts the southern states of the US during the Great Depression. Severe drought and overcultivation have caused the state of Oklahoma to be ravaged by sand and dust storms. Many people move away; those who are left behind are destitute. A young photographer named John Clark from Washington, D.C. is sent to Oklahoma to capture the dire living conditions of the farmers.

Gradually John becomes more and more invested in their plight. He finds himself faced with a dilemma: he doesn’t just want to record what he sees; he also wants to help these people.

The French edition of Dagen van zand was supported by the Dutch Foundation of Literature with a Translation grant. De Jongh also used a travel grant from the Foundation, in order to visit the United States for her book research.

Dagen van zand received a lot of international interest: the book came out in the Netherlands and France simultaneously, and soon the English and American editions will follow. The translation rights have been sold to Germany, Poland and Croatia. 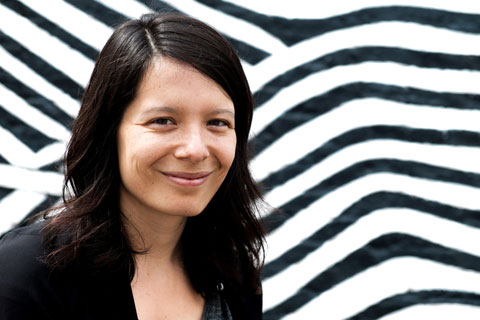 Aimée de Jongh (1988) is an award-winning cartoonist, animator and illustrator. She is influenced by manga and comics from the traditional Franco-Belgian school. For many years she had a daily cartoon in the Metro newspaper, as well as creating animations for the popular TV show De wereld draait door. She was also involved in the animated TV series Undone and the movie Aurora. Her work has been featured at the Whitney Museum of American Art in New York and the Interkulturelt Museum in Oslo, among other places. In 2017 she made Europe’s Waiting Room, drawn reportage from inside the refugee camps on Lesbos.