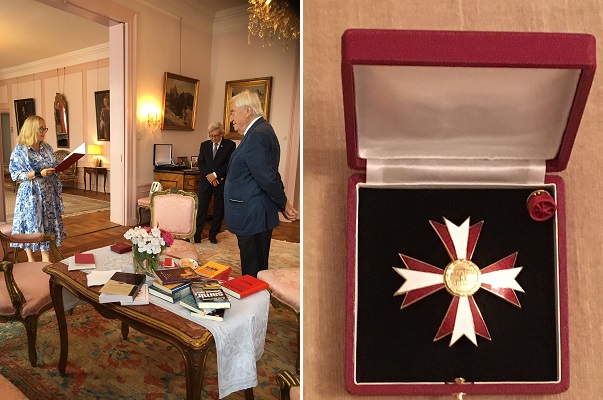 Cees Nooteboom (The Hague, 1933) is one of the greatest original contemporary Dutch writers. His novels, poetry, essays and travel books have been widely translated, into more than twenty languages. His collected work (Gesammelte Werke, parts 1-10, Suhrkamp Verlag) has been translated into German by Helga van Beuningen.
Nooteboom has won numerous awards both in the Netherlands and abroad, among which the P.C. Hooft Prize, the Bordewijk Prize, the American Pegasus Prize for Rituelen (Rituals), and the European Aristeion Prize. Earlier this year, Cees Nooteboom was awarded the Formentor Literature Prize 2020, the most prestigious annual Spanish literature prize for an international author.