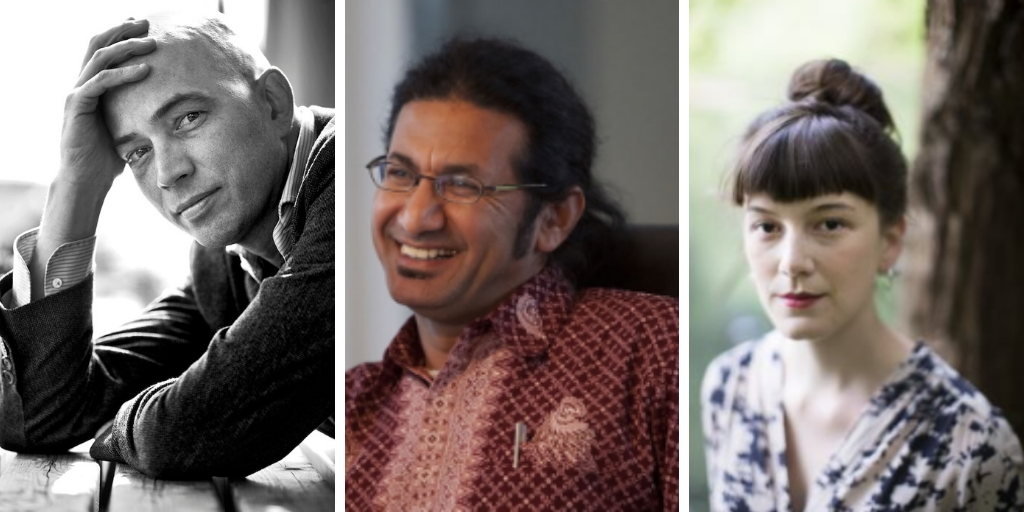 Set in a remote farming district of the Netherlands, Tommy Wieringa’s The Blessed Rita centers on a group of misfits left behind by globalisation, unable to escape past tragedies and uncertain about their place in society’s future. Tommy Wieringa will be in conversation with his translator, Sam Garrett. Chaired by journalist and critic Suzi Feay.

Tommy Wieringa began his writing career with travel stories and journalism, and is the author of several internationally bestselling novels, including Joe Speedboat which sold over 300,000 copies. His novels have been shortlisted for the International IMPAC Dublin Literary Award, and his recent novel, The Death of Murat Idrissi, was longlisted for the 2019 International Booker Prize.

Sam Garrett has translated some fifty novels and works of non-fiction. He has won prizes and appeared on shortlists for some of the world’s most prestigious literary awards and is the only translator to have twice won the British Society of Authors’ Vondel Prize for Dutch-English translation (for Ararat by non-fiction author Frank Westerman and for the novel The Rider by Tim Krabbé).

Through poems that are both playful and subversive, Charlotte Van den Broeck is one of the dynamic new voices in European poetry. Writing on identity, bodies and language, her first collection in English, Chameleon / Nachtroer is beautifully translated by David Colmer, who joins her at this event alongside chair, the poet, playwright and translator, Sasha Dugdale.

Charlotte Van den Broeck has published two poetry collections in Dutch, Chameleon (2015) which was awarded the Herman de Coninck Prize and Nachtroer (2017) which was nominated for the VSB Poetry Prize and the Ida Gerhard Prize. The two volumes were combined for her debut collection in English. Her poetry has been translated into German, Spanish, French, Serbian and Arabic.

David Colmer is an Australian writer and translator, who has won many prizes for his translations of Dutch Literature, including the Independent Foreign Fiction Prize and IMPAC Dublin Literary Award (both with novelist Gerbrand Bakker). He translates poetry and children’s literature in addition to fiction. In 2013 he won the Vondel Prize for translation from Dutch to English, for The Misfortunates by Dmitri Verhulst.

The appearances of Charlotte Van den Broeck and David Colmer are kindly supported by Flanders Literature.

Rodaan al Galidi is a poet and novelist, who has lived in the Netherlands since 1998, and who, as an undocumented asylum seeker taught himself to read and write Dutch. His novel De autist en de postduif (‘The Autist and the Carrier Pigeon’) won the European Union Prize for Literature in 2011. Two Blankets, Three Sheets is his first novel translated into English.

Jonathan Reeder is a literary translator and professional musician. He translates opera libretti and essays on classical music alongside a wide range of Dutch authors, including Peter Buwalda and Christine Otten. His recent translation of Rivers by Martin Michael Driessen won the 2016 ECI Literature Prize.

To register for these online events please email newdutchwriting2020@gmail.com. N.B. A reminder will be sent to you on the day of the event, your emailadress will be deleted afterwards.

For more information on Dutch Literature and the Dutch Foundation for Literature, please contact: Lucette Châtelain.