The jury lauded the novel with high praise:
“Lampie is a glorious, ethereal celebration of enchantment set against the ever-present backdrop of the sea; a child’s journey to acceptance, freedom and independence complete with heroes and villains, fantastic creatures and swashbuckling pirates.
With aspects familiar from fairy tales and classic children’s literature Schaap brilliantly pulls off the blend of fantasy and reality, never slipping into pastiche, sentimentality or sermonising. Readers are drawn in deep to the story through sympathy and empathy with the strong cast of characters and a rich, page turning plot. Through it all is the shining figure of Lampie herself who grows through real hardship and tears, and learns to both love and be loved by all those she touches on her journey to becoming the hero of her own story. A shining achievement of imagination.”

Annet Schaap is one of the Netherlands best-loved illustrators. Lampie is her debut novel and won numerous prizes in the Netherlands. Laura Watkinson is an awardwinning translator from Dutch literature. She has also translated, among other things, Tonke Dragt’s The Letter for the King, which has been adapted as a series by Netflix.

The English publication of Lampie and the children of the sea by Pushkin Press was supported by the Dutch Foundation for Literature with a translation grant. 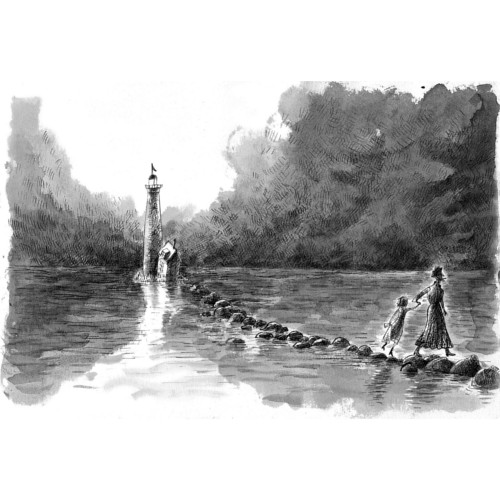 The CILIP Carnegie Medal annually recognizes one outstanding new English-language book for children. The winner will be announced on Wednesday 17th June 2020 at a special daytime event at The British Library, hosted by University Challenge star and CILIP Library Champion, Bobby Seagull.

A shining achievement of imagination