After careful consideration, a specialist jury has awarded the Vondel Translation Prize 2019 to Michele Hutchison for Stage Four, her English translation of Sander Kollaard’s Stadium IV (Van Oorschot), published by the American publishing house Amazon Crossing. The prize will be presented in London on 12 February, 2020.

The jury was made up of multi-award-winning literary translator David Colmer, the British poet, critic, translator and teacher of creative writing, Jane Draycott, and the novelist, artist and former lecturer at Amsterdam’s Institute for Translation Science, Anthony Paul. The jury praised Hutchison for ‘her consistent alertness to tone and phrasing’ and commended her for achieving ‘a translation of fine insight and poetic attentiveness’ by ‘capturing Kollaard’s portrait of a marriage with an elegance and sensitivity which seem a perfect match for the novel’s psychological delicacy and sense of scene.’ An especially honourable mention went to David Doherty for his translation of Peter Terrin’s Monte Carlo, released in English under the same title by the British publisher MacLehose Press. In the words of the jury: ‘Doherty shows himself more than capable of entering into the distinctive and all-important spirit of this highly concentrated, sometimes lyrical novel, achieving the translational feat of replicating the author’s gripping and intellectually complex achievement.’

Michele Hutchison was born in Solihull and studied at the universities of East Anglia, Lyon and Cambridge. She lives and works in Amsterdam since 2004 and has (so far) translated more than 35 books in a range of genres. In March this year Faber and Faber will release The Discomfort of Evening, her translation of Marieke Lucas Rijneveld’s De avond is ongemak. Hutchison is currently working on Ilja Leonard Pfeijffer’s magnum opus Grand Hotel Europa for Fourth Estate (UK) and Farrar, Straus and Giroux (NY). 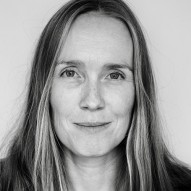