Mama’s Last Hug: Animal Emotions and What They Tell Us about Ourselves by Frans de Waal is nominated for the E.O. Wilson Literary Science Writing Award (worth $10,000). Dutch biologist Frans de Waal is currently C.H. Candler professor in the Psychology Department at Emory University (USA) and a Distinguished Professor at the University of Utrecht in the Netherlands. He wrote several bestselling non-fiction works including The Bonobo and the Atheist (De bonobo en de tien geboden ), Our Inner Ape (De aap in ons ), The Age of Empathy (Tijd voor empathie) and Are we smart enough to know how smart animals are (Zijn we slim genoeg om te weten hoe slim dieren zijn). In Mama’s Last Hug (Norton), De Waal explores the fascinating world of animal and human emotions. His Dutch work is published by Atlas Contact.

Mosers biography Sontag: Her Life and Work (Ecco / Harper Collins) has been nominated for the PEN/Jacqueline Bogrard Weld Award for Biography (worth $5,000). American born Benjamin Moser has been living in the Netherlands for over 20 years. Sontag’s son asked Moser to write the biography of his famous mother, American writer and activist after reading Moser’s acclaimed biography of the Brazilian author Clarice Lispector. Moser worked more than seven years on Sontags biography, resulting in this detailed and nuanced portrait of one of the great thinkers of the last century. The Dutch translation (by Lidwien Biekmann and Koos Mebius) was published by De Arbeiderspers.

The winners of the 2020 PEN America Literary Awards will be announced on March 2. 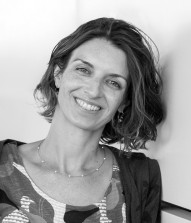