From 4 to 8 September the international Open Book Festival will take place in Cape Town, South Africa. Dutch writers Simone Atangana Bekono and Radna Fabias will participate in the festival with readings from their work and conversations with local and international writers and the audience.

Simone Atangana Bekono (1991) graduated from Creative Writing at ArtEZ University of the Arts in 2016 with a collection of poems and letters called hoe de eerste vonken zichtbaar waren (how the first sparks were visible). hoe de eerste vonken zichtbaar waren has since been republished by Wintertuin Uitgeverij in collaboration with Lebowski Publishers and has been awarded with the Poëziedebuutprijs Aan Zee. She is currently working on her debut novel that will be published by Lebowski Publishers.

Radna Fabias made her debut as a poet in 2018 with the poetry collection Habitus, that was awarded the C. Buddingh’-prize, the Awater Poetry prize and the Herman de Coninck prize. Most recently the collection won the Netherlands’ Grand Poetry Prize (2019). She was hailed as the Dutch literary talent of 2019 by De Volkskrant. Habitus has been translated into French by Daniel Cunin and was published by Caractères under the same title. 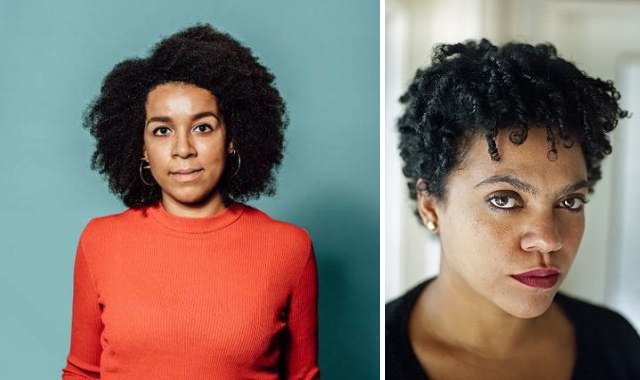