Connie Palmen (b. 1955) studied Dutch and philosophy. She shot to fame with her first novel De wetten (The Laws, 1991). Her two subsequent novels De vriendschap (The Friendship, 1995) and I.M. (1998) followed her debut onto the bestsellers list. She went on to publish Geheel de uwe (Sincerely Yours, 2004), Lucifer (2007) and Logboek van een onbarmhartig jaar (Log Book of a Merciless Year 2011). Palmen has also written several collections of essays, like Een kleine filosofie van de moord (A Short Philosophy of Murder, 2004) and Het geluk van de eenzaamheid (The Joy of Loneliness, 2009). She was awarded the AKO Literature Prize for De vriendschap and the Libris Literature Prize for You Said It, a novel about Sylvia Plath and Ted Hughes. Her work has been translated into twenty languages.

Luuk van Middelaar (b. 1973) is a philosopher and historian who studied at Groningen University and at the Sorbonne and the EHESS in Paris. Since his debut with Politicide (1999), which won him the prestigious Prix de Paris, he has become an influential voice in public debates. Passage to Europe received the Socrates Prize 2010 for the best and most original philosophy book. For the past ten years Van Middelaar has familiarized himself with the political worlds of Brussels and The Hague from the inside as a political adviser. He is currently the speech writer of the first President of the European Council, Herman Van Rompuy.

In light of the 'Les Phares du Nord'-year, an intensive campaign in which the Dutch and Flemish Foundations for Literature aim to stimulate literary translations into French as well as greater visibility for Dutch-language authors in France, over 100 authors will perform at French events in 2018 and 2019. 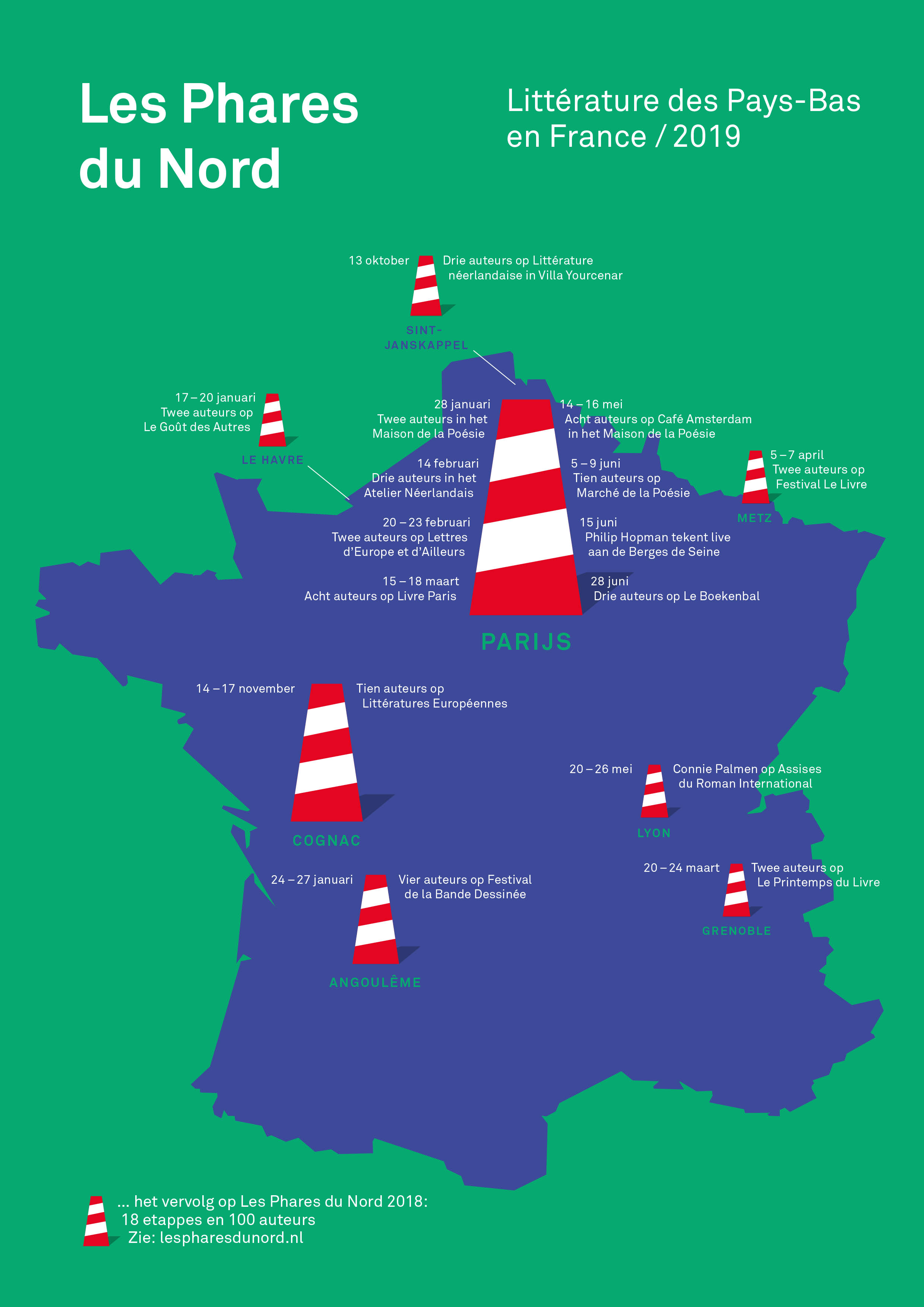