From the dunes to the stars

You are unexpectedly struck by it almost anywhere you turn. I found it among the ditches of Zaanse Schans, in the glare from the sea as I cycled round Walcheren peninsula, and – disconcertingly – aboard a train crossing the Waal at Zaltbommel only moments after I had read in Amsterdam Stories Nescio’s description of the sun shining infinitely, eternally on the water there.

I had come in search of Dutch light, not only the light of the painters, but also the light that must have inspired the flowering in science, and especially optical science, in the seventeenth century. Six weeks of short winter days in Amsterdam gave me little opportunity to study the light directly, perhaps. But it would greatly increase my sense of immersion in the Dutch Republic of the seventeenth century. It was an opportunity to get closer to a different way of seeing the world. Paintings were essential for this, but so too were the ordinary objects and materials of the time. (I treasured my annual Museumkaart, obtained through a necessary subterfuge.) But so were the natural landscape, the layout of the streets, the times it took to get from one place to another, and what the weather did in between. 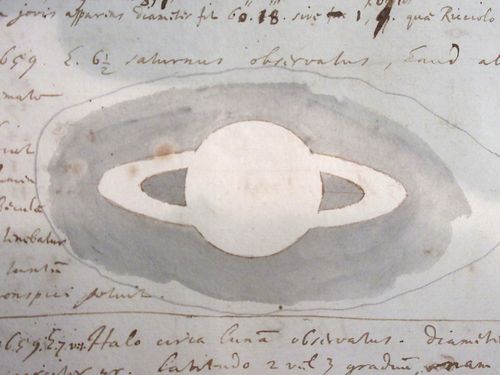 My subject was the astronomer, mathematician and physicist Christiaan Huygens. I found him attractive not only because of the astonishing range of his discoveries and inventions – from the rings of Saturn to the pendulum clock – but also because of his conscious role as one of the architects of European science. How did this Dutchman become the prime mover of the French Academy of Sciences and the first foreign member of the Royal Society of London? How hard was it to build these connections during a period when these three countries were often at war with each other?

As I began to explore more deeply, I began to appreciate that Christiaan’s father Constantijn Huygens, the stadholder’s secretary who died at the age of ninety-one, had been – appropriate enough to his name – a constant presence in Christiaan’s life. His own passion for science, his pursuit of knowledge through first-hand experience, his diplomatic advice and his influential connections were all vital for Christiaan’s achievement. Between them, these two men, father and son, straddle the divide between the pre-scientific age and the scientific. Constantijn was wildly curious about all sorts of natural phenomena, but Christiaan was able to find ways to explain and exploit them thanks to his rigorous approach. They interacted not only with most of Europe’s great natural philosophers, but also with many of the artists and thinkers of the age, from Johan de Witt and Rembrandt to Spinoza and Leibniz. I started to think more analytically about my task looking through the tiny panes at Hofwijck, the moated house that Constantijn built at Voorburg as a retreat from the cares of the city and the court, and where Christiaan too passed his later years making astronomical observations and doing mechanical experiments. I saw how the light off the water met the light from the sky, doubling as it passed through the imperfect window-glass, to be reflected and refracted along new paths by the bubbles and striations within the thickness of the panes.

All stories need an origin myth. Perhaps mine lay not only in the Dutch light, but also in the sand that provided the material for the lenses ground for the first telescopes and microscopes made in the dune-protected cities of Middelburg and Alkmaar. I did not quite succeed in joining a class to learn how to grind lenses in the seventeenth-century manner, but I saw the process in action and touched the results. Even if it is not literally the case that Dutch sand was essential for the optical revelations of the period, I know that my sense of a link between the dunes and the glass of the early astronomers’ lenses would remain a touchstone for me, as it had perhaps for Constantijn, who wrote:

(The Sun shines brightly on the strand / Upon the swarming crystal sand, / Sand of fire, each grain a star)

All stories also need expert help along the way.

This leads me to the delicate matter of authors and academia. I am mainly a science writer – I resist the label ‘popular science’ that you see in bookshops; no science should be beyond popular reach. But much of science is beyond popular reach until somebody like me comes along to translate the language of scientific papers into an accessible narrative. When I am working on a book about current research, I have found that the scientists involved are usually delighted to talk about their work and will give their time freely.

A biography of a scientist adds another layer. I have to get to grips not only with the science, but also with the historical and cultural context. For this, it is helpful – and indeed pleasurable – to speak with academics in the field.

Often, it only takes one scholar to unlock the door. On this occasion, that was Anne Goldgar, the author of Tulipmania, who, in the space of a scant hour in a clamorous coffee bar, provided me with introductions to many of the Dutch experts on the science, literature and material culture of the Golden Age. I am immensely grateful to her, and to all those who have spared an hour or two of their time to tell me what they know, and to listen to my half-baked ideas. 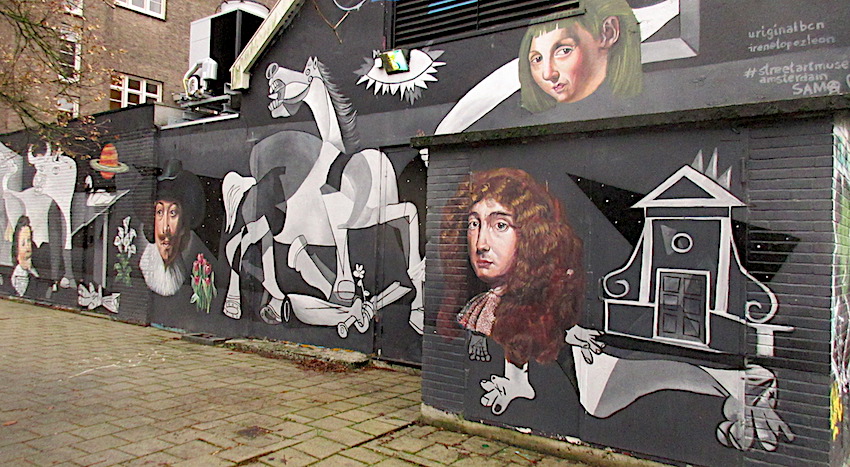 But there is a problem that I encounter with every book I write. There are always one or two people from whom I would dearly love to hear, but who, for one reason or another, do not wish to see me.

It is their prerogative, of course, and I understand many of the reasons why an academic expert might wish to pass: pressure of work, lack of time for their own research, and above all, perhaps, the lack of any obvious quid pro quo (if the price of a cup of coffee isn’t reward enough).

When I have been writing about contemporary science, this has not been a problem, because the academic scientists I interview know (or at least expect) that they will get some publicity for their work, even if it is some years down the line, and buried in the pages of a book that may be mostly about something else; and they are genuinely enthusiastic about the chance to proselytize. But when I try to engage with historians and other academics in the humanities, this is no longer enough. Perhaps these experts are more used to being begged for favours, and the ‘exposure’ (that wonderful commodity that authors too are frequently told should be reward enough) they may get is not worth the time spent. 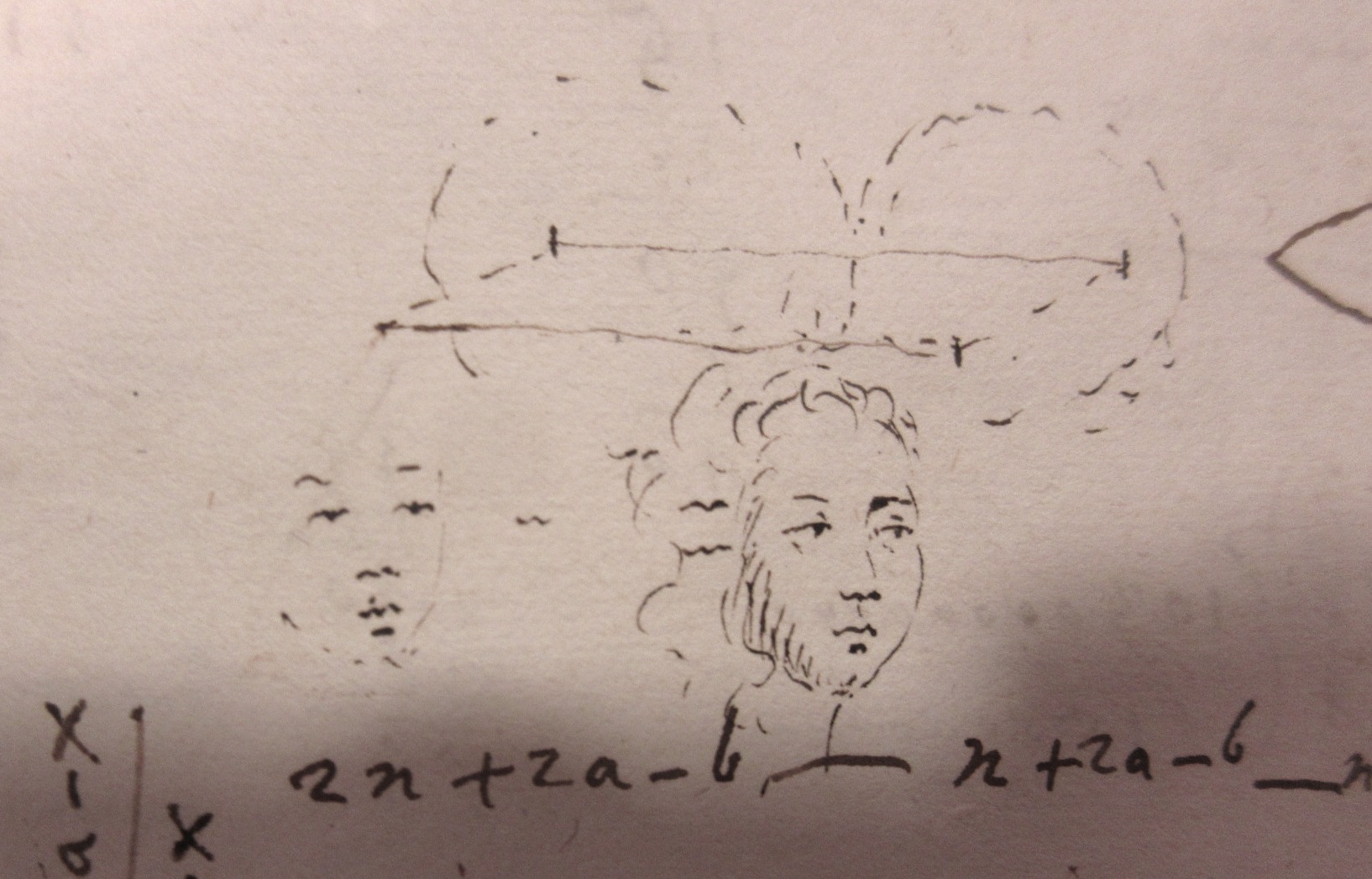 But I think there is also a deeper failure to connect, rooted in a mutual suspicion of what we each do. There is perhaps a feeling that non-fiction writers ought to be (more) like academics. Of course, in some ways we are – in both using libraries for research, say. But in other important ways we are not – not using those library resources so diligently, not always citing sources, drawing inspiration from other sources. We have greater freedom in our style of writing, the freedom to go off on a tangent, or to leave out this or that fact that does not shape itself into a story. The authorial insouciance that comes with all this I can see has the potential to irritate any academic. It can produce incomprehension and even some envy.

I got a sense of this when I was invited to talk about my subject by the Netherlands Institute for Advanced Study. Flattered, and more than a little daunted, by this opportunity, I found I was suddenly expected to subject my developing ideas to a critique of a kind that neither my editor nor my eventual reviewers and readers would ever inflict. The process did cause me reconsider some of my starting assumptions – such as the way that biography, constructed around a person’s life, appears to run against the grain of the trend in historiography to focus on social and economic contexts.

But it also served to expose a gulf in understanding between our two approaches. Even though our methods are similar, and even though the end product looks much the same, it seems that our different objectives, different working milieux and different final audiences are enough to give rise to a certain mistrust. 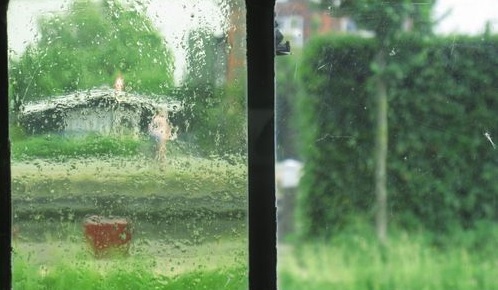 What can be done to close the gap? It should not be hard. Some of the work is already done. Because academics have been encouraged to write for a broader readership than just their fellow academics, there is already some overlap. People such as Simon Schama and Lisa Jardine in the area I am presently writing about, or a figure such as Carl Sagan in ‘popular science’, have succeeded spectacularly well in reaching beyond solely academic readership. Their success in ‘crossing over’ has given rise to jealousy among some of their fellow academics, but it should not. This is not a zero-sum game.

But it would help if a way could be found to give more academics an insight into the freer methods of writers. Many things could be done. More academic authors could be invited to major book festivals. Wholesale buyers could consider picking a few more academic titles for general bookshop shelves; academic publishers might price accordingly.

In exchange, writers might win greater access to the academic experts who could inform and enrich their writing. After all, universities are increasingly keen to engage with the public. Public engagement is acknowledged as a good and such activities are formally recognized. But this happens at the level of the institution or department. There is so far as I know no equivalent framework of initiative and reward at the level of the individual academic, and so there is as yet no incentive for them to say yes when a writer (or a member of the general public) asks to pick their brains.

All weblogs by Hugh Aldersey-Williams

(1959) is a British author, journalist and scientist. He is the author of several bestselling books exploring science, design and architecture and has curated exhibitions at the Victoria and Albert Museum and the Wellcome Collection. He studied natural sciences at the University of Cambridge. During his residency in Amsterdam, Aldersey-Williams did research for his new book Dutch Light (working title), about the life and work of Dutch Golden Age astronomer, mathematician and physicist Christiaan Huygens.

See all weblogs by Hugh Aldersey-Williams