On 19 January, Dutch author Niña Weijers will engage in conversation with the French author Maylis de Kerangal at the Festival le Goût des Autres in Le Havre (France). The conversation will be led by Margot Dijkgraaf, Dutch literary critic, author, interviewer and literary ambassador between France and The Netherlands.

The programme is part of the Les Phares du Nord campaign, an intensive campaign aimed at presenting Dutch literature in France, the second largest book market of Europe and the fifth worldwide. During the campaign over 100 Dutch and Flemish authors will present themselves at more than twenty literary festivals throughout France in 2018-2019. 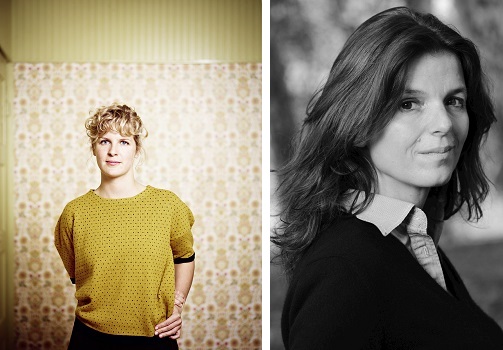 Niña Weijers (b. 1987) studied literary theory. In 2010 she won the writing competi­tion Write Now!, and published short stories in literary magazines De Gids, Passionate and elsewhere. In 2013 she was singled out by Opzij magazine as one of the ’35 women writers under 35’. In 2014 she published her first novel The Consequences, which has been or is currently being translated into six languages. Sandrine de Maufroy translated the book into French for Actes Sud, where it was published in 2017 and well received.

Maylis de Kerangal (b. 1967) is the author of nine books. Birth of a Bridge was short-listed for the Prix Goncourt, and awarded both the Prix Médicis in 2010 and the Premio Gregor von Rezzori in 2014 and has been translated into several languages worldwide.