The day the 2012 AKO Literature Prize was presented, its first winner died. Bernlef was awarded the AKO Prize in 1987 for Public Secret. Best known as the author of Out of Mind (1984), which was published in twenty languages, he served on the board of the Literature Foundation from 1968 to 1970. He was also a poet whose twenty collections won him the P.C. Hooft Prize in 1994 and the translator of many novels and poems from Swedish and French.

Hendrik Jan Marsman (Sint-Pancras, 14 January 1937 - Amsterdam, 29 October 2012) chose as his pseudonym the name of a blind eighth-century Frisian bard – a telling choice for an author whose work deals above all with the question ‘how do we look at reality?’ and who often gave his characters a disability of some sort. J. Bernlef made his debut in 1960 with a book of short stories (Stenen spoelen, Rinsing Stones) and a collection of poems (Kokkels, Cockles). In the company of his fellow editors of the magazine Barbarber, G. Brands and K. Schippers, he developed into a poet of ready-mades and collages of everyday things. G. Brands (pseudonym of Gerard Bron, 1934-2012) passed away two weeks ago.

Bernlef’s most important themes – forgetting, vanishing, remembering – have an important place in the novel that marked his 1984 breakthrough to a broad readership. Out of Mind (Hersenschimmen) is the first-person account of a Dutch emigrant in the snowy landscape of North America whose dementia is steadily worsening. ‘Memories can sometimes be temporarily out of reach, just like words,’ thinks Maarten Klein at the beginning of the story, ‘but surely they can’t disappear completely while you’re alive.’ It is of course a vain hope. Alzheimer’s disease is inexorable, even if it rarely takes effect so rapidly as in Bernlef’s central character and even if few patients remain so eloquent as their decline sets in. Some of Klein’s fragmentary thoughts would not look out of place – given the right typography – in one of Bernlef’s collections of poetry.

Three years after Out of Mind, Bernlef won the AKO Prize with Public Secret, a novel that is both realistic and stylistically simple, telling the story of an elderly Eastern Bloc writer who resists state censorship. The practices of communism, with its distortion and manipulation of reality, return in the collection Verbroken zwijgen (Broken Silence, 2002), in which Bernlef tells suspenseful stories with a clear narrative thrust in his characteristically unadorned style, as well as in De rode droom (The Red Dream, 2007), featuring two old men who continue to dream of a new utopia. The Book Week Gift De pianoman (The Piano Man, 2008) is based on the true story of a man found in a seaside resort on the east coast of England who refused to say a word.

Bernlef was a versatile writer, poet and essayist (his essays were mainly about jazz), and his literary career was connected in many ways with the Dutch Foundation for Literature and its predecessors. From 1965, when the Literature Foundation was first established, until 1986 when the success of Out of Mind gave him financial freedom, he received annual grants for his poetry, prose and translations. Until 1999 he was in receipt of additional grants for his translations of poetry, including work by P.O. Enquist, Lars Gustafsson, and Tomas Tranströmer, who was later awarded the Nobel Prize. In 1987 he made use of his knowledge of Scandinavian literature as a member of the advisory committee on Scandinavian languages, and from 1968 to 1970 as well as being a member of the board of the Literature Foundation he chaired its advisory committee on prose. Translations of his prose and poetry have been published in dozens of languages, including German, English, French, Spanish, Chinese, Japanese, Polish, Turkish and the Scandinavian languages. With the Foundation for the Production and Translation of Dutch Literature he made author visits to the book fairs in Frankfurt, Barcelona, Göteborg and, only a year ago, Beijing. He always made a great impression on readers, critics and fellow authors as an original thinker, storyteller and authority on world literature. 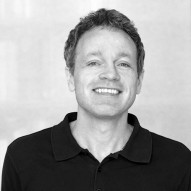