Two Dutch comics creators and a comic critic will attend the Lakes International Comic Art Festival in Kendal, UK from 12 to 14 October. Marcel Ruijters, Maaike Hartjes and Stefan Nieuwenhuis will be taking part in a panel presentation to introduce Dutch comic art from the 1950s to the present day. In addition they will be exhibiting their work and interacting with the public to raise awareness of Dutch comic art for UK comics fans and readers.

Marcel Ruijters Marcel Ruijters (b. 1966) is one of the most original graphic novelists of the Low Countries. In his earlier books Thank God It’s Ugly and Troglodytes, his fondness for mysterious and malformed creatures – something shared with Hieronymus Bosch – was already evident. In 2015 he published Jheronimus, a graphic biography of Hieronymous Bosch. His work has been exhibited all over the world. In 1992 he won the Best New Talent Award at the Haarlem Strip Days and in 2015 he received the Stripschap Prize, the Netherlands’ highest distinction for comic-strip creators.

Maaike Hartjes Maaike Hartjes (b. 1972) studied Illustration at the HKU (School of Arts, Utrecht) and broke through to a larger audience with her weekly diary strips for a Dutch women’s magazine. She lives and works in Amsterdam and is a comics artist, cartoonist and illustrator. Ten collections of her work have been published. In 2016, she won the Stripschapprijs, the leading oeuvre prize for Dutch graphic art and cartoons. She is considered one of the main representatives of a new generation of Dutch cartoonists: the autobiographical cartoonists. Her latest work is her Burnout dagboek (Burnout Diary).

Stefan Nieuwenhuis Stefan Nieuwenhuis (b. 1972) is artistic director of the Groningen cultural production house Buro05 and is responsible for the literary programming of the Noorderzon Performing Arts Festival in Groningen and Festival Sunsation in Dronten. He writes reviews about comics and graphic novels for NRC, Stripglossy, Stripgids, Zone 5300, Tzum and Stripschrift. He is also (poetry) lecturer at the Writers’ Academy and acquiring editor at Goldstein & Katz House of Books. 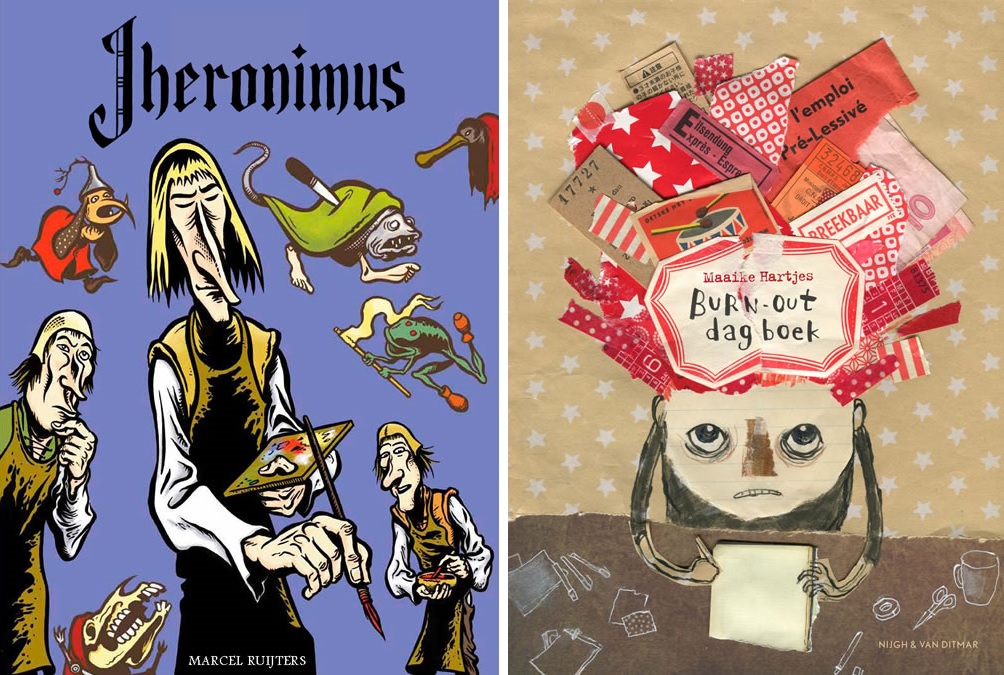