A Bookstore Full of Mysterious Books

From 10-12 September the Dutch Foundation for Literature hosted a group of publishers and editors from the UK and the US to come and meet their Dutch colleagues and familiarise themselves with Dutch literature. Tynan Kogane (New Directions) was one of our Fellows, he wrote a blog post on his—“unique and immersive”—experience in Amsterdam.

Henry James had spent so much time looking at Dutch paintings—at the cozy scenery of the lowlands, with its canals and stolid buildings—that when he visited Holland in 1874, he was disoriented by what he saw: “If you come this way, as I did, chiefly with an eye to Dutch pictures, your first acquisition, is a sense, no longer an amiable inference, but a direct perception… When you are looking at the originals, you seem to be looking at the copies; and when you are looking at the copies, you seem to be looking at the originals… and so you wander about, with art and nature playing so assiduously into each other’s hands that your experience of Holland becomes something singularly compact and complete in itself.” This unsettling—but not unpleasant—sensation felt even more pronounced in my jetlagged haze, when I arrived at dawn in Amsterdam almost a century and a half later: a grayish pink was thickly dabbed onto the canals on this calm sunny morning, and a few hungover tourists slowly shuffled through the streets, as indistinct as thin brushstrokes in the background of a landscape painting. 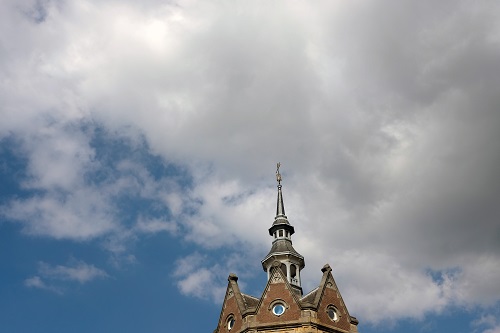 After checking into the Ambassade, our charming hotel built along one of the tree-lined canals that spread concentrically outward from the center of the city, I decided to go for a walk, to explore Amsterdam before the busy days ahead: during the next few days, in the first Amsterdam Fellowship made up entirely of English-language editors, we would be led from meeting to meeting, from publisher to publisher, and introduced to authors and editors while plunging headlong into an exploration of Dutch literature. I look forward to fellowships and programmes like these, not just because I love to travel—they are a unique, immersive experience. In a very short time you’re able to learn about a foreign market, glimpse its framework, and build a network around it—you meet with so many people and hear about so many books that it’s almost dizzying, but it can be truly exhilarating to be surrounded by likeminded people who are all basically after the same thing: discovering and reading great books.

And as I walked through the streets, zigzagging back and forth along the canals, the squat, three- and four-story buildings began to resemble hardcover books facing outward on a shelf; for this trip, it was the perfect way to envision the city—not as a series of Dutch landscape paintings but as a gigantic bookstore full of mysterious books.

The next day, we all met for the first time as a group—nine editors from the UK, three from the US—in the office of our generous hosts at the Dutch Foundation for Literature (Nederlands Letterenfonds—the amazing Victor, Barbara, and Akane), for introductions and an overview of Dutch book publishing. After a series of presentations and meetings with Dutch translators and editors, we quickly got a handle on the market: there are roughly twenty-three million Dutch speakers in Europe, and their market is slightly smaller-scaled, but in terms of shape and structure, not altogether unfamiliar from our own English-language markets; Dutch publishing is vibrant despite a slight slump in sales over the past few years, and their centralised distribution and fixed-pricing are enviably efficient.

A steady number of books are translated into Dutch from other languages, but also roughly ten percent of books sold in the Netherlands are imported from other countries in their original languages, many of these from the UK and the US (I don’t speak Dutch myself, but this was never an issue all week—everyone I met spoke flawless English; I also visited several amazing English-language bookstores). Perhaps this openness contributes to the diversity of genres and styles that can be found in Dutch literature—the influence of foreign literary styles and different cultures creates interesting hybrids. But on the other hand, there are also uniquely Dutch traditions—Polder novels, for example, with flat landscapes and short, declarative, descriptive sentences, as well as the enduring influence of “De Grote Drie”—the big three writers of post-war Dutch literature—Willem Frederik Hermans, Harry Mulisch, and Gerard Reve. 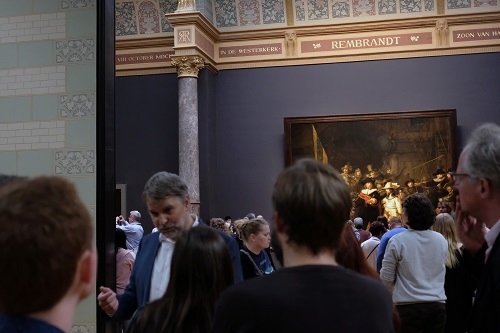 Fueled with black coffee and stroopwafels

Over the next three days, I continued to learn more and more: we met with editors and foreign rights directors, and heard interesting presentations from their writers; we saw Rembrandts; we drank at the local literary bar; and, very memorably, throughout the entire trip, we were spoiled with the tastiest meals (and there was an amazing finale at Barbara’s apartment). It all went by much too quickly. Always fueled with lots of black coffee and stroopwafels, we visited many different publishers, for a peek at their individual tastes and lists: Lebowski (cultishly cool, full of swagger), Podium (as nimble and dynamic as a startup, but with twenty years of successful publishing experience), Prometheus (smart and stylish), Atlas Contact (after squeezing into a tiny antechamber filled with author portraits, which had been constructed for additional security after publishing Salman Rushdie, we met in a blissful room looking onto their courtyard, with the signatures of many of their authors scrawled onto the walls), Singel Publishers (glorious bookshelves and very engaging presentations), De Bezige Bij (a legendary, storied publisher with such an impressive list, a kind of living museum), and Cossee (we were served Jenever, a Dutch gin-like liquor, and heard about some very fascinating books). 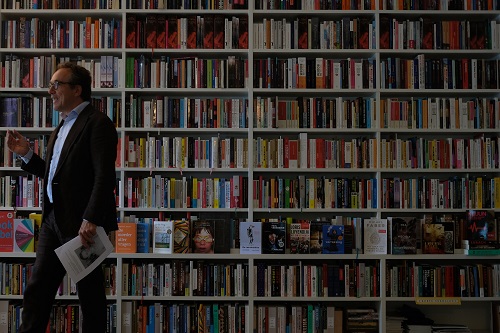 There were too many highlights and fun experiences to recount—and spending time with my fellow travelers was a rare treat in itself. Henry James, on his trip to Holland, concluded, “A week’s sojourn here, if properly used, ought to make one at the worst a more reasonable, and at the best a more kindly, person.” I can say the same, given the wonderful hospitality of the Dutch Foundation for Literature; in the coming weeks and months, already missing Amsterdam, I’ll be digging again through my notes, reading the English samples of books that we were given, writing emails to the editors and translators, and further investigating many of the Dutch writers I heard about.

Henry James, on his trip to Holland, concluded, “A week’s sojourn here, if properly used, ought to make one at the worst a more reasonable, and at the best a more kindly, person.” I can say the same, given the wonderful hospitality of the Dutch Foundation for Literature

All weblogs by Tynan Kogane

is an editor at New Directions Publishing in New York. He graduated from The New School (NY) in 2011 and has worked at Bookforum Magazine and Other Press before joining New Directions in 2013.

See all weblogs by Tynan Kogane