Marente de Moor en Bette Westera will travel to Russia to participate in the International Literature Festival Odessa, that takes place from 25 to 30 September.

De Moor will present her newest novel Foon (September 2018, Querido), which is situated in Russia. Irina Michajlova, a well known professor and translator of dutch literature, will translate an excerpt into Russian, which De Moor herself will read. The following discussion will be translated simultaneously.

Bette Westera’s poetry collection Doodgewoon [2014; ‘Dead Simple’] is aimed at children aged 8-10 and openly addresses the topic of death and all the emotions that go along with it. Even if grief and resignation are clearly labeled as such, thanks to the author’s humor, this is not a grim, but rather a comforting book that presents death as a constant and unavoidable part of life. Irina Michajlova has translated an excerpt from this book into Russian, which will be read in Russian by an actress of the Theatre in Odessa. Afterwards the visitors will have a chance for a discussion. 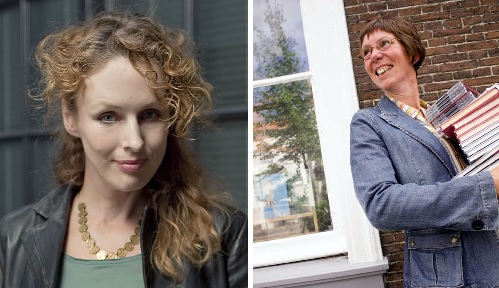 Marente de Moor The Dutch Slavist, journalist, and writer Marente de Moor was born in 1972 in The Hague. In the 1990s, she lived in Russia, where she studied theater and wrote for De Groene Amsterdammer as a correspondent. Her columns about everyday life in Russia were published in a book titled Petersburgse vertellingen (1999; ‘Petersburg Stories’). In 2007, her debut novel De overtreder (‘The Transgressor’) appeared. Her second novel De Nederlandse maagd (‘The Dutch Maiden’, 2017) won the prestigious Dutch AKO Literatuurprijs in 2011 and the European Union Prize for Literature in 2013. De Moor recently published the story collection Gezellige verhalen (‘Cozy Stories’, 2015), which won the J.M.A. Biesheuvelprijs. Her books have been translated in 12 twelve languages.

Bette Westera Bette Westera (b. 1958) is a versatile writer who creates modern fairytales, poems, picture books and realistic stories for children up to the age of around ten. After a short period as a primary-school teacher, she studied psychology. Bette now teaches people how to write stories for picture books. Her other great passion is music. She sings and writes lyrics for the music that her partner composes. Her books have been translated into sixteen languages.