Moroccan-Dutch poet Mustafa Stitou will be awarded the triennial oeuvre prize for poetry from the A. Roland Holst Fund. ‘In a grand way Stitou addresses urgent themes. His oeuvre may be modest, but his voice is unique in Dutch poetry’, according to the jury report.

Stitou (1974) debuted in 1994 with his collection Mijn vormen (Prometheus). His poetry is all about breaking with expectations, presenting Eastern and Western values and modes of thought as being in conflict, but in an unpredictable fashion. His 2003 collection Varkensroze ansichten (De Bezige Bij) is a quest in which irony, involvement, humor and seriousness go hand in hand. The collection was awarded the VSB Poetry Prize and the Jan Campert-Prize. His latest collection, Tempel (De Bezige Bij) from 2013), was awarded the Awater Poetry Prize.

Stitou is a much-seen performer at festivals in the Netherlands and abroad. In 2009 he served a year as the Amsterdam city poet. His work has been translated into many languages, for instance French, German, Spanish and Arabic; recently a selection of his work was published in Swedish translation (by Per Holmer). 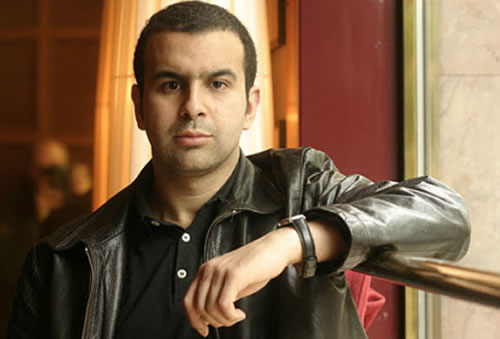 The oeuvre prize for poetry from the A. Roland Holst Fund is awarded once every three years and consists of a sum of € 5.000. This edition’s judges were Peter Swanborn (chair), Janita Monna and the late Menno Wigman.