Eighteen Dutch and Flemish writers are nominated for the Libris Literature Prize 2018: one of the most prestigious literary awards in the Netherlands, modeled after the Man Booker Prize, and worth 50,000 euro. Last years laureate Alfred Birney sold more than 85.000 copies of his magnum epos ‘De tolk van Java’, an English translation is in preparation.

Please find introductions to authors and novels nominated for the Libris Literature Prize 2018, via the links or contact our fiction specialists Victor Schiferli and Barbara den Ouden:

The judging panel - chaired by author Abdelkader Benali - will announce the shortlist of six on 5 March. The winner of the 25th Libris Prize will be announced on 7 May during a ceremonial diner at the Amstel Hotel in Amsterdam.

Previous winners of the prize include A.F.Th van der Heijden for Tonio, as well as this year’s longlisted author Tommy Wieringa for Dit zijn de namen (These Are the Names). 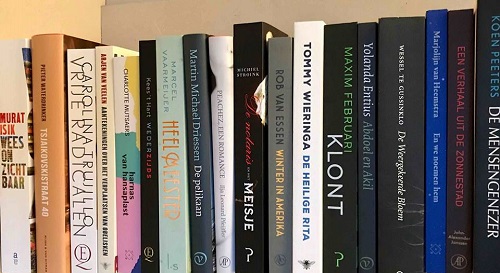