Francesca Melandri as WiR in Amsterdam

In May 2018 Italian author Francesca Melandri will be working and living as a writer-in-residence in Amsterdam, upon invitation by the Dutch Foundation for Literature. Her latest novel Sangue giusto will be published in Dutch translation (by Etta Maris) by publishing house Cossee on May 7th.

Francesca Melandri (1964) writes scenarios for movies and makes documentaries that where shown on the IDFA, for example. Eva dorme (Eva slaapt), her debut novel, was translated into Dutch by A. Habers and published by Cossee in 2013. For that novel, she was awarded six literary prizes. Eva dorme was a success in Italy, Germany, France and The Netherlands. Più alto del mare (Hoger dan de zee) was translated into Dutch by Jan van der Haar and published by Cossee, also in 2013. It was a success in Italy and Germany and has been nominated for the Premio Campiello 2012. Her latest novel Sangue giusto, translated into Dutch by Etta Maris as De lange weg naar Rome, will be published in May 2018 by Cossee. For the original version of this novel she was recently nominated for the Premio Strega, the most prestigious literary prize in Italy. 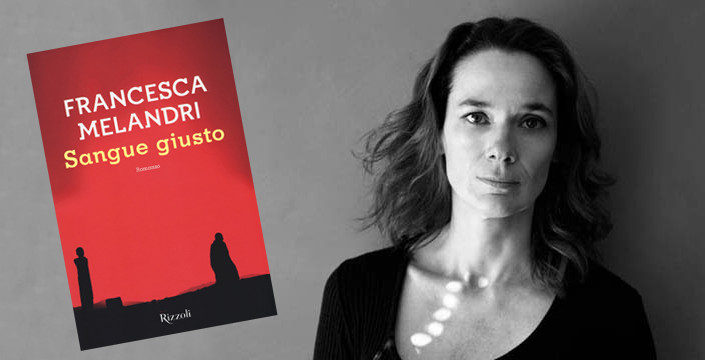