Fatma Aydemir as WiR in Amsterdam

In January and February 2018 German author Fatma Aydemir will be in Amsterdam as writer-in-residence, upon invitation by the Dutch Foundation for Literature.

Fatma Aydemir (1986) grew up in Karlsruhe, Germany, as the daughter of Turkish immigrants. She studied German and American Literature in Frankfurt and currently she lives in Berlin, where she is working as a journalist for the leftist daily newspaper taz. Her novel Ellbogen (Hanser Verlag), that deals with migration and violence, was received as the most sensational debut of the 2017 and nominated for the lit.COLOGNE Debütpreis and the Michael-Kühne-Preis. The Süddeutsche Zeitung wrote: Ellbogen ist eine Provokation der liberalen Mehrheitsgesellschaft. (…) ein Tritt in den Magen. Genauer, zwei Tritte. Einer für die misogyne türkische Gesellschaft. Und einer für die Verlogenheit der ach so liberalen Deutschen.

During her residency Aydemir will work on her second novel, which will be a story on abandonment, realtions of power and multiculturalism. She also participated, together with translator Elbert Besaris, during The Chronicles, a project with young translators (both into Dutch and from Dutch) and writers that takes place every year at Crossing Border Festival. Read the stories here. 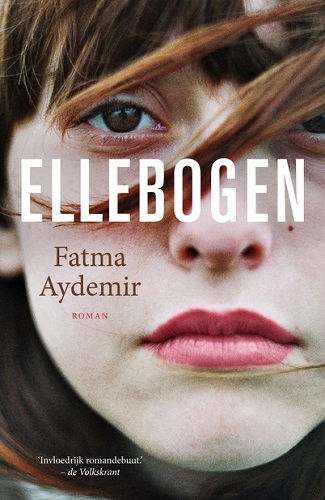