Ted van Lieshout and Marit Törnqvist on the shortlist

Ted van Lieshout and Marit Törnqvist are on the shortlist of the Hans Christian Andersen Award 2016, the highest international recognition for authors and illustrators of children’s books. This is the second nomination for Van Lieshout, who was also nominated in 2014. He now shares his nomination with authors Cao Wenxuan (China), Louis Jensen (Denmark), Mirjam Pressler (Germany) and Lois Lowry (USA).

Since his debut in 1986 with a youth novel and a collection of poetry for children, Ted van Lieshout has written more than 50 books for children of all ages. The Dutch Foundation for Literature invested in the creation of an important part of Ted van Lieshout’s work, for which the author received many prestigious awards including the Theo Thijssenprijs for his entire collection of works in 2009. His novels, stories and poems have been translated into ten languages. Van Lieshout is set to perform at the International Book Fair in Bogotá coming April.

Illustrator Marit Törnqvist currently writes, with a subsidy from the Foundation, a picture book entitled Het gelukkige eiland (The Happy Island). This is an independent sequel to Klein verhaal over liefde (A short story about love; Querido, 1995) which received a Silver Pen (Zilveren Griffel). This year she will celebrate her 25th anniversary as an illustrator and writer. Törnqvist has illustrated books by the Swedish Astrid Lindgren and Dutch writers such as Annie Makkink (Helden op sokken, Heroes in socks), Hans and Monique Hagen (Jij bent de liefste, You are the sweetest), Sjoerd Kuyper (Ik blijf altijd bij je, I’ll never leave you), and Toon Tellegen (Pikkuhenki). Her work is translated into Danish, German, French, Korean, Swedish and other languages. Recently she visited Japan for a promotion tour.

Two Dutch authors have received the prestigious Hans Christian Andersen Award, until now. The “Nobel Prize for Children’s Literature” as the award is often called was given to Annie M.G. Schmidt in 1988 and to Max Velthuijs in 2004.

The two winners will be announced at the IBBY Press Conference on 4 April 2016 at the Bologna International Children’s Book Fair. 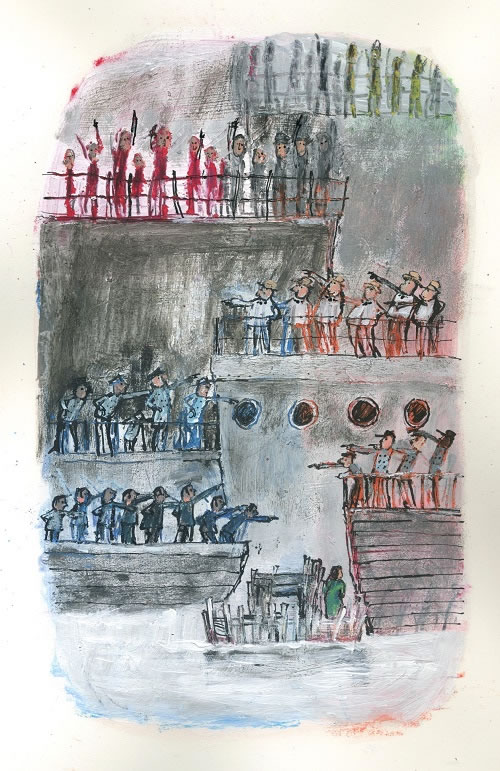