The 9th edition of the International Non-Fiction Conference, organized by the Dutch Foundation for Literature on May the 1st and 2nd, centers around the theme of ‘fiction within non-fiction’.

Eight international experts will give lectures on compelling stories and confidence tricks in reportage and on narrating in non-fiction. The quotes below give an overview of the speakers and the issues they will address.

The “inviation-only” conference is English-spoken. Public will be able to follow and react on the discussions via Twitter: #nonf15. Video’s of the lectures will be published by the Dutch Foundation on our Facebookpage and YouTube-channel. An overview of the previous non-fiction conferences may be found on this website under Programs.

“The border between fiction and non-fiction is dangerous, endlessly debatable land. It’s a border that has to be carefully controlled, because when fiction or fakery displaces truth the results can be disastrous.”
Neil Belton

“The fictionalization of a given topic can be used as an indicator of how a society comports itself to that topic.”
Nina Sillem

“It’s an illusion to think that ‘true stories’ tell anything other than the truth of the author.”
Lieve Joris

“To write a good narrative non-fiction book, one should melt imagination into reality and that’s not an easy task. That’s where a professional publisher is needed. He takes responsibility for a book.”
Gregory Martin

“In the last ten to fifteen years, non-fiction has done better in terms of sales, partly because it wears the clothes of fiction.”
S. Anand

“The problem of narrative in terms of ascertaining truth is that it is very seductive. How do we remain vigilant around how we use narrative, to stress test it?”
Richard Nash

“Maybe the non-fiction novel has to do with taking distance from a kind of fictional extravaganza: the rise of romance in all genres and medias.”
Samuel Titan

“In fiction everything that is described needs a reason that ties it together with the rest of the story. In non-fiction, I can describe it simply because it’s true.”
Jannah Loontjens 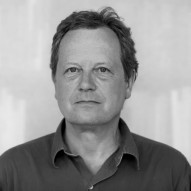